The Random Camel Collective’s noise night returns! For those who haven’t been to one of these before, it’s a bit like one of those folk clubs only much louder and slightly worse for your mental health (in the best possible way!).
April’s session brings you live sets from:

Buttercup Insurgent – A member of local noise/improv group TOE twatting about on a circuit bent stylophone and other such nonsense.

PreviousPrevious post:Tonesucker at The Others for ILL FM
NextNext post:Random Camel Collective Gig 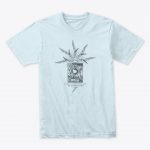